A second-half wonder goal from UCD’s Georgie Kelly along with headed effort from a Jason McClelland was enough to give the Students a 2-0 victory against winless Wexford FC at the UCD Bowl on Friday evening. END_OF_DOCUMENT_TOKEN_TO_BE_REPLACED

A looping strike from Georgie Kelly 15 minutes from time ensured UCD a share of the spoils as the Student recovered from 2-0 down to snatch a 2-2 draw at the Bowl on Friday evening.  END_OF_DOCUMENT_TOKEN_TO_BE_REPLACED 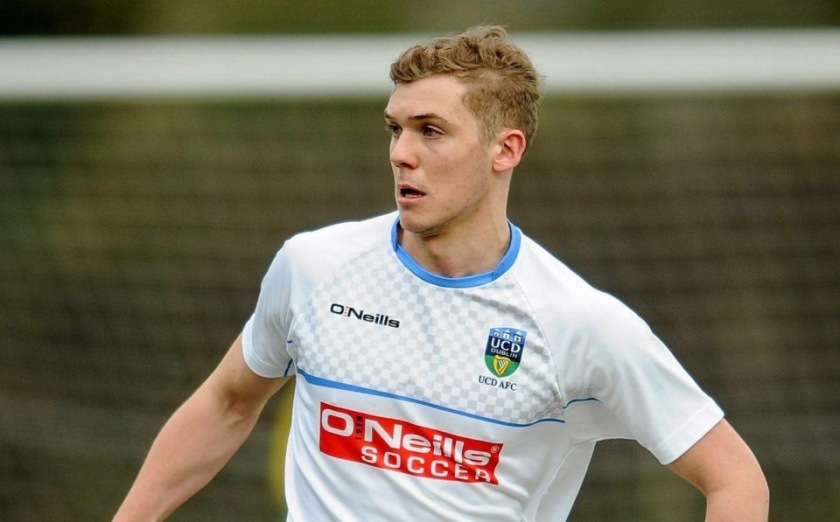 UCD striker Georgie Kelly is our SSE Airtricity League First Division Player of the week after scoring twice in the students 4-1 win over Athlone Town.

The striker scored twice in 26 second-half minutes to lead his side up to second place in the First Division table. They sit just a single point behind most people’s title favourites Waterford.

Kelly was superb for UCD last Friday night, and his manager Collie O’Neill sang his praises after the game saying, “Georgie led the line very well and finished his chances like an experienced pro.”

UCD bounced back from last week’s defeat to Cobh Ramblers by beating Athlone Town 4-1 in Belfield on Saturday night. END_OF_DOCUMENT_TOKEN_TO_BE_REPLACED